The strangest thing happened last Thursday. To be honest, I thought it was a put-up job and so did many of the people with me. I thought James Nye had arranged it; everyone else thought I had.

It was the first AHS London Lecture of 2017. We’re in a new venue this year. Following the success of last year’s programme things were getting a bit tight at Cannon Place and we needed a bigger room with space to grow, so thanks to an introduction from our Council Member James Stratton, head of the clocks department at Bonhams, we have been able to move to the Royal Institute of Chartered Surveyors (RICS) on Parliament Square, overlooking the Houses of Parliament and the Great Clock of Westminster.

I was the lecturer for our first meeting at RICS. I’ve been thinking a lot over the years about the political symbolism of time: how it stands for other things besides when to catch the train. So my talk last Thursday was about standard time and violent protest in the last decades of the nineteenth century and the first years of the twentieth.

Specifically, I was focusing on two bomb attacks: one on the Royal Observatory Greenwich in 1894 by an anarchist and one on the Royal Observatory Edinburgh in 1913 by suffragettes. Both attacks, I argued, were symbolic strikes against scientifically defined standard time but both were very real, resulting in loss of life at Greenwich and significant damage at Edinburgh. They were attacks on the establishment – an establishment centred at Westminster just a few paces from where I was speaking.

My talk finished bang on time at 7.15pm and I was getting ready to answer questions when the house manager came in and whispered a message to James, who was chairing the evening. I assumed it was a minor problem with the catering laid on thanks to the generosity of sponsor Jonny Flower – maybe the prosecco wasn’t chilled enough or the hors d’oeuvres were running late. But I was wrong.

We’d all seen the flashing blue lights through the frosted windows of the lecture room, but they are not an unusual sight in Westminster and we thought little of it. Perhaps a car had been pulled over, or a tourist had taken a tumble. Certainly nothing out of the ordinary.

Then James interrupted proceedings to tell the audience that much of the area outside, including bridges and tube stations, was being sealed off by the police. We really thought it was a put-up job when he told us that a bomb had been found by Westminster Bridge. It was not a false alarm. It was a real bomb – from the Second World War. It had been found by a dredger in the River Thames. The police call to the Royal Navy bomb disposal squad went in at exactly 7.15pm – the moment I stopped speaking. 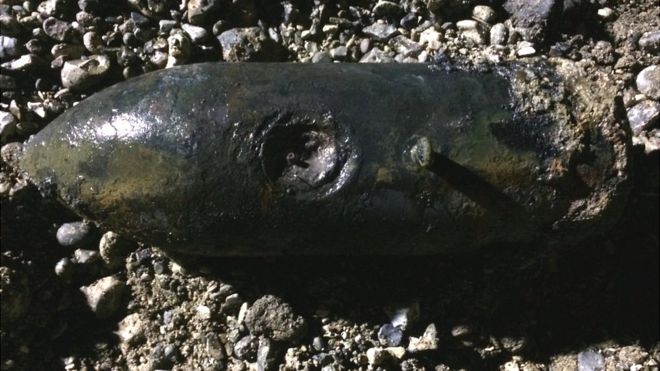 Don’t worry. Nobody was hurt in the incident and the bomb was safely detonated early the following morning at Tilbury. The March lecture is about the gold workers and enamellers of Geneva and we’re not expecting any bother.

This entry was posted in Uncategorized. Bookmark the permalink.